The Flash Bantam was based on a design by Walter Dorwin Teague for the Bantam f4.5 in the 1930's and used 828 film. The Bantam 4.5 was one of the nicer and more popular of the Bantam series.  GIs were fond of them during the war for their compactness, and they were the source of many unofficial war photos. After the war, this camera was replaced by the Flash Bantam. The Flash Bantam is the same camera as the Bantam 4.5 with the addition of a flash synch bayonet and rounded edges on the camera body. The lens is a top grade coated 4 element 3 group Anastar F4.5 48mm. Very compact camera, smaller than any Kodak 35mm cameras of those years. Serial number indicates it was made in 1948. 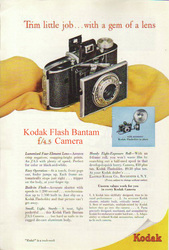 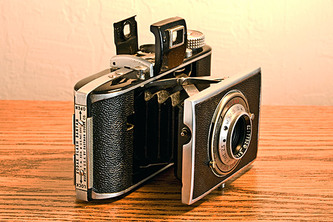 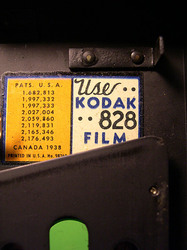 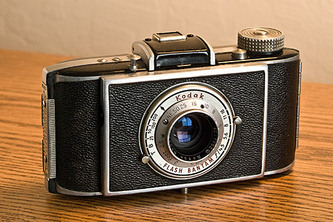 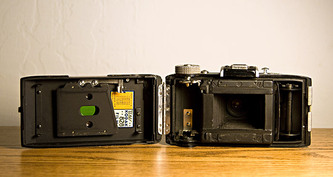 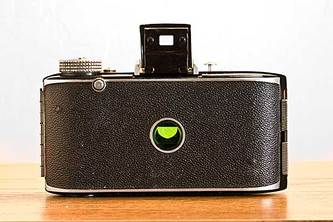