Wooden box camera (1895-1913). 101 Roll Film. 3 1/2 x 3 1/2" square images. Shutter Instant and Time, 3 stop aperture. Beautiful polished wood interior with wooden spools. First produced by the Boston Camera Mfg. Co. in 1892. It continued in production after Boston was bought out by Eastman Kodak in 1895. The Bulls-Eye was the first camera to have a viewing window to read film number printed on the backing paper. It was one of a group of cameras that Kodak called  Bicycle Cameras because it could be carried on a bicycle with a special case. 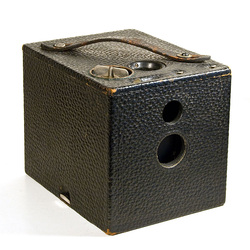 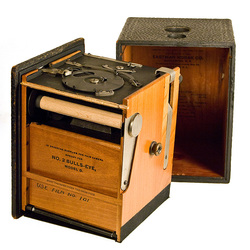 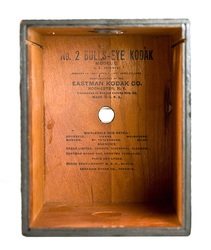 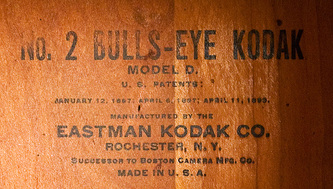 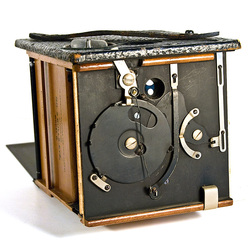 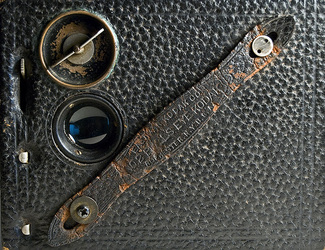 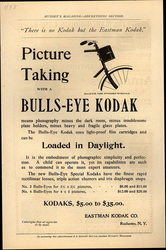 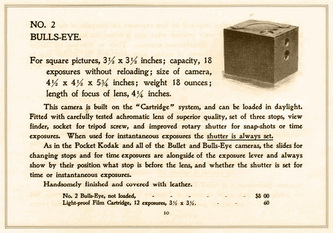 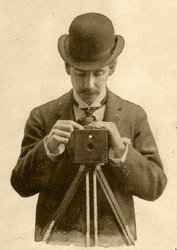