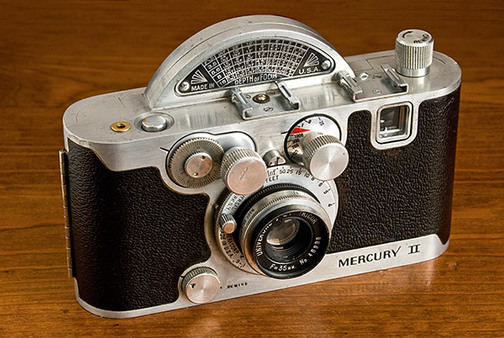 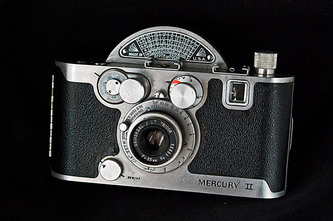 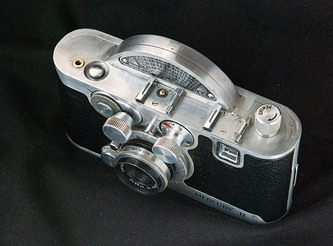 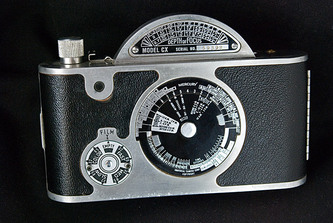 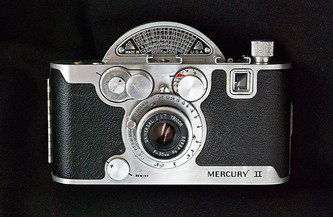 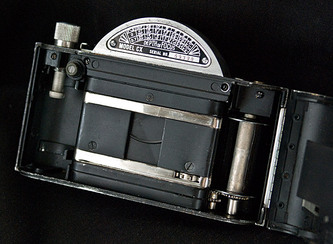 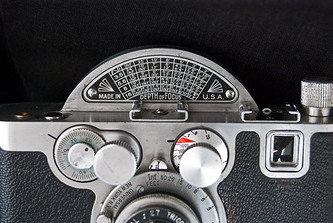 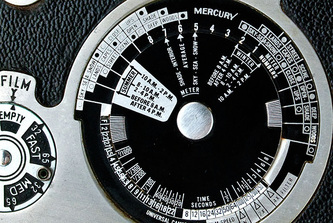 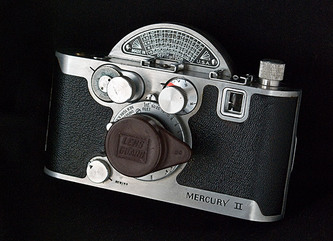 1945-1952
A strange looking camera due to it's unique shutter design. The Mercury II’s odd half moon top was required to house the large rotary focal plane disk shutter that rotates at 1/10 sec. during the exposure. Times are varied by changing the slot opening in the shutter, an adaptation of movie camera design. The mechanism is extremely accurate and reliable and permits times as short as 1/1000 sec. The film is advanced and the shutter wound with the knob on the front left side. The shutter speed knob to it's right  spins when the shutter is tripped.  It is a half frame 35mm camera and provides 65 exposures on a standard 36 exposure roll of film. The body of the camera is die cast aluminum. Top (front and back) Depth of Focus scales and a comprehensive exposure guide on back door.

These were the first cameras to feature a synchronized flash "hot shoe", a feature that is still found on modern cameras. The "cold shoe" next to it was for an optical density light meter.

The 35mm Tricor lens is equivalent to a normal 50mm because of it's  half frame format. The lens is interchangeable but the telephoto lenses are very rare for this camera. 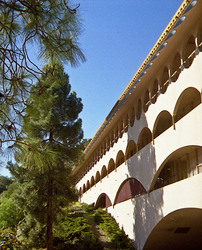 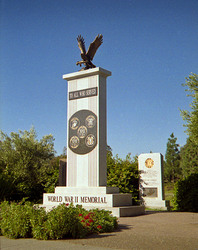 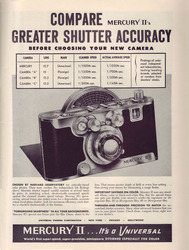 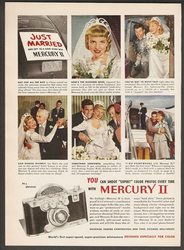