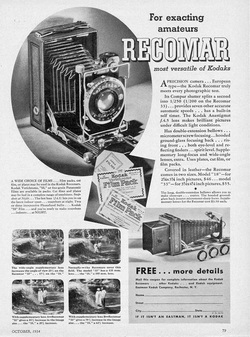 1934 Advertisement
Kodak AG Recomar 18 made in Germany, Dr. Nagel-Werk, Stuttgart. Nagel began designing cameras in 1908 as Drexler & Nagel, becoming Contessa-Nettel and in 1926 merging with ICA, Ernemann and Goerz to form Zeiss Ikon. In 1928 he formed his own company called Dr. Nagel-Werk which became Kodak AG when it was bought by Kodak in 1932.  Among the cameras that Nagel produced were the small Recomar 18 (6.5x9) and the larger version Recomar 33 (9x12).
Rising and sliding lens board and extended bed for extreme closeups. This one has a vintage aftermarket Kalart Synchronized Range Finder which was popular on press cameras of the era. There are three options for viewing: the ground glass back, a swivel reflex viewer with bubble level and the fold out wire frame sports finder. The camera uses sheet film and also sheet film packs (with adapter).  A beautifully crafted German plate camera. 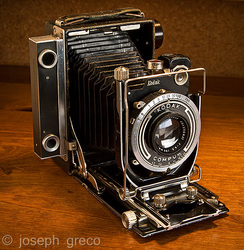 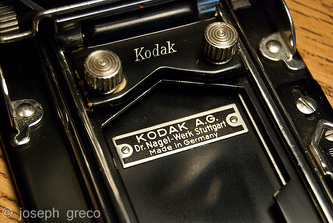 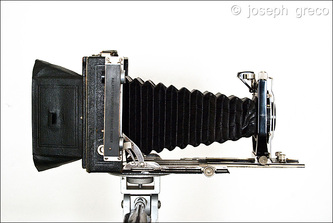 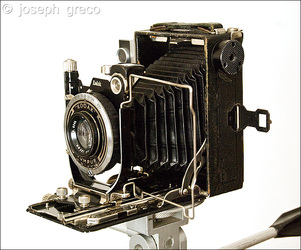 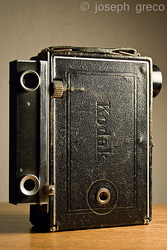 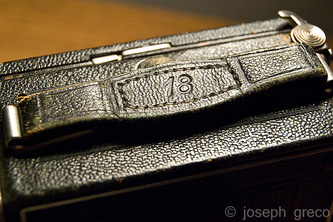